What did you call me?

I've had a passion for diving for over 10 years, 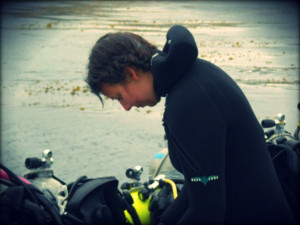 Duck Diver - the early years.
Diving in kelp with her Aqua Lung friends

but I restricted my diving, like most, to recreational dives.  Pretty reefs and fish, kelp forests, and searching for shells in the sand.  That was enough for me.

Then Howard, my  now-husband, came along.  He was this tech diver working with Shadow Diver, John Chatterton, on a project in the Domincan Republic.  Howard introduced me to shipwrecks.  I was not a fan of overhead environments.  What if I got lost, or stuck, or lost and stuck?!  However, Howard was kind, knowledgeable  and patient.  He encouraged me to go inside the wreck without pushing me.  Soon, my fear subsided and I was charging headfirst into wrecks.  Maybe I should have some official training?

Enter John Chatterton and his Advanced Wreck Diving class.  I had gone diving with John a few times and he must have decided I wasn't a total mess in the water, because he asked if I wanted to take his class.  (or maybe he just wanted to "fix" my bad diver habits?) Learning how to wreck dive from a legend such as John is like learning to act from Meryl Streep…you just don’t pass up that opportunity.  That class changed me.  I was more confident in the water and ready for wreck diving adventures.

My love for wrecks opened up the door to a whole different kind of diving, and I wanted more.

My love for wrecks opened up the door to a whole different kind of diving, and I wanted more. But what about those wrecks which are just out of my recreational reach?  Well, now I need more training. 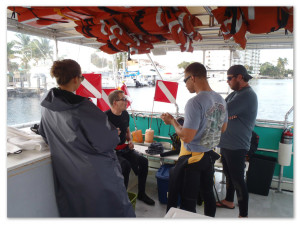 I also took my Advanced Nitrox and Deco Class with John, Howard and the staff from South Florida Diving Headquarters.  When it came time for Chatterton’s Extended range and Trimix class, it wasn't really a question in anyone's mind of “if” I was going to take it.  I was handed the book and was told to read it.

Well, I came this far; I might as well complete the set with my Advanced Trimix. Actually, when I was preparing for the Advanced Trimix class, I felt quite a bit of anxiety.  I never intended to become a tech diver, and I had a hard time considering myself as such.  While the other courses were serious diving, this one seemed like my Mt. Everest.  I would be diving 200’+, and that is deeper than many divers will ever see.  I am a confident diver, but when it comes to a dive this deep, did I have the right stuff?

...he sees no room for ego  in Technical Diving.

I toyed with the notion of calling it off all the way up until the night before.  Then I received a call from John.  He knew about my anxiety and, as any good instructor should, wanted to see where I stood.  I've heard some call John “crazy” or “Rambo” because of the diving he does, but actually, he sees no room for ego in Technical Diving.  He made it very clear that while he was confident in my abilities in diving this deep, it was my call to make at any moment.  If I was too afraid/nervous/anxious/preoccupied about the dive, I should cancel it.  He relayed a story about one of the "best diver's he ever knew" who would arrive at the boat, pay the boat captain and go home because something just didn't "feel right".  I guess all of that is what I needed to hear, because the next morning I arrived at the boat excited to dive.

Me, a Tech Diver?  How did that happen? 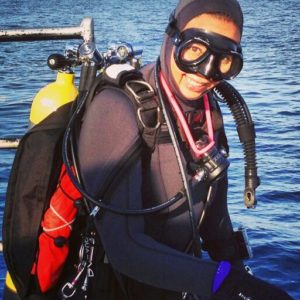 When Howard called me a "Tech Diver" for the first time, it took me by surprise.  Me, a Tech Diver?  How did that happen?  I would have never believed them if someone told me 2 years ago that I would be a Tech Diver.    I still love pretty reefs and fish, but turns out I also really enjoy trying out new and challenging things in diving.

Where do I go from here?  Any suggestions?